What looked like the perfect opportunity to spring ahead of Apple in the mobile handset race, Samsung rushed to launch its Galaxy Note 7 in August, perhaps before the device was truly ready—and safe—for the market.


The company has made statements that blame the fires and explosions on a battery cell issue and have urged customers to participate in the Replacement Program (aka the product recall). Samsung also claims to be undergoing a thorough inspection with suppliers to identify possible affected batteries in the market.


Plenty of electronic devices use lithium ion batteries, why is the Samsung Galaxy Note 7 the one with reported cases of flames? 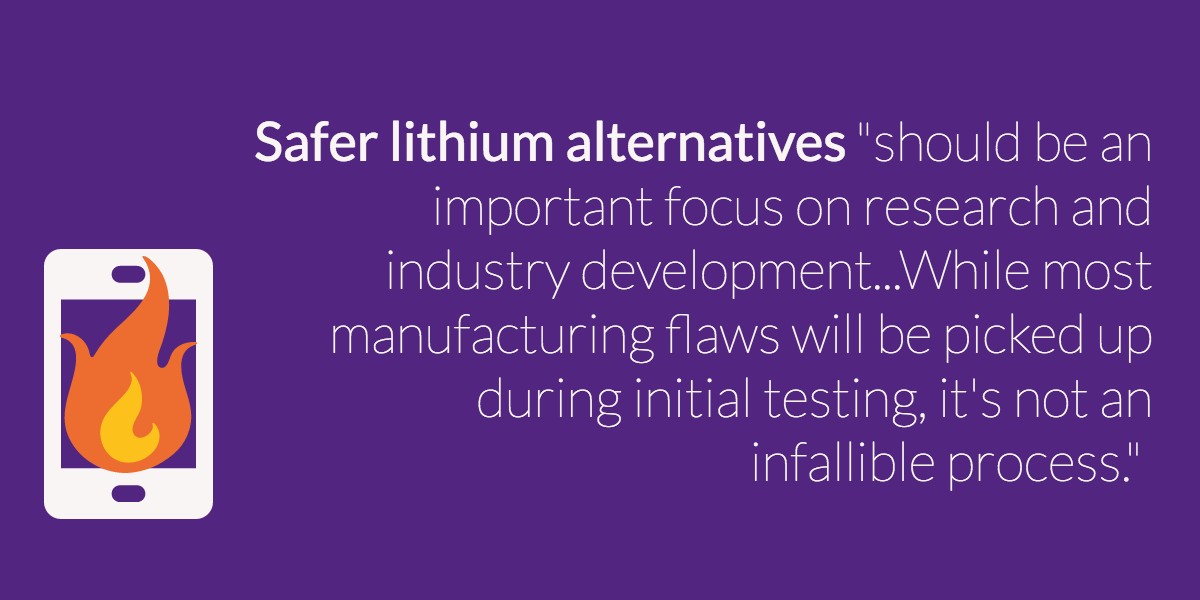 "That should be an important focus on research and industry development...While most manufacturing flaws will be picked up during initial testing, it's not an infallible process," says Grey.


Could it be that in an effort to compete with Apple’s iPhone 7, Samsung added a battery to charge the Galaxy Note 7 too quickly causing it to short circuit? Or did the battery suppliers create a batch of faulty batteries contaminated by small metal fragments or holes in the battery seal? These minute details may not be noticed until the battery has been charged several times and its materials have expanded and contracted. And questions remain for many.


How is this impacting Samsung?


But this is bigger than a smartphone.


Reports continue to surface about the impact this snafu will have on Samsung’s mobile department, but the bigger question is how this will impact their semiconductor division and the industry as a whole.  Will it “create the contagion effect to component companies, leading to a vicious circle in terms of price competitiveness and profit"?


How will this impact semiconductors for Samsung?

Samsung has stopped production, marketing, and sales of the device, which creates profit loss for the company (not to mention the cost of refunds and investigations). Samsung faces even greater brand damage since a replacement Galaxy Note 7 caught fire on a Southwest flight.


However, Samsung made a move to show the world they’re still serious about creating smaller and more efficient mobile chips. In the midst of a PR nightmare, the company purchased equipment from ASML of the Netherlands. These machines using ultraviolet lithography will allow Samsung to develop small, efficient chips and remain a competitive contender in the semiconductor industry.

We’ve already seen the company’s rise in semiconductor industry while their competitiveness in the mobile industry struggled. Will this major profit loss impede the production of smaller, more efficient chips or continue to drive the company to be one of the top semiconductor companies in the world?